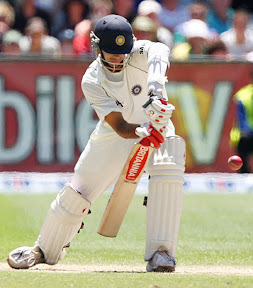 Yes, it is official now. Rahul Sharad Dravid, the ace Indian cricketer has officially changed his name to Drahul Dravid. Drahul called a media conference yesterday and announced this to the world. A few days back, Rahul Dravid and his family had gone to their native temple in Indore, Madhya Pradesh for this name-changing ceremony. 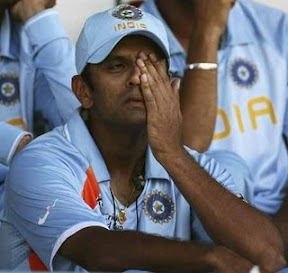 Rahul was very emotional about this ceremony and he wanted to attend the function in his Indian cricket wear. As seen in the picture above, the moment the priest confirmed that the name had been changed, Drahul burst into tears. Few of his Indian cricket team colleagues (who wanted to remain unnamed) also attended the ceremony. When asked on why he started crying after this ceremony, Drahul said that the thing that worried him the most was the expense that his fans have to go through to purchase posters of him with the new name. Drahul also said that once the IPL was finished, Drahul would personally add the D to all his posters owned by his fans, as he felt that he would anyway have nothing else to do after the IPL finishes. 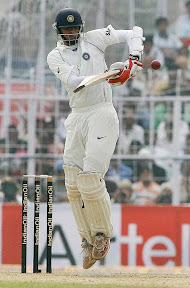 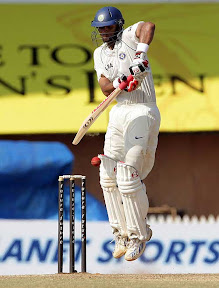 Drahul also said that numerological or astrological reasons were not behind this name change. He said that he had to change the name to indicate clearly his style of cricket. He didn’t want his name to be just because selectors thought that he could play an aggressive style of cricket. Drahul also said that he had always learnt batting as an art form where the face of the bat should point towards the pitch such that the ball, on hitting the bat, falls within the pitch (and within half a metre of the batsman) and rolls to a stop within a metre. (Given below is a photo where Rahul Dravid was expressing his frustration because of Sachin Tendulkar’s inability to understand this concept) 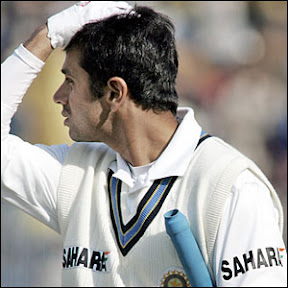 He said that this talent was limited to very few cricketers around the world and this is the talent required to produce a draw in test cricket. So, by changing his name from Rahul to Drahul, he was clearly communicating that he should be included in the squad only if the required result was a draw. He also added that his dad had recognised this talent in him the moment he was born and hence put Dravid as his last name. But the world had failed to see the draw in dravid and that is why he had to change his first name to drahul to double-emphasize. Drahul felt that this name change would bring about a change in his image.